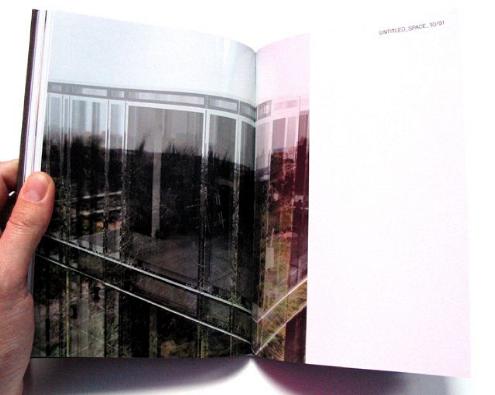 There are philosophers and critics who make extremely negative pronouncements about our image culture. Images are deceiving. They can be interpreted in multiple ways and therefore are not capable of telling the truth. Therefore we would do better, according to Paul Virilio, to concentrate on the word. According to Guy Debord, our culture of spectacle even ensures that the spectator becomes passive in the extreme: an optimal consumer. In short, despite the enormous influence, the pleasure and the significance we derive from our image culture, many theorists prefer to renounce the image instead of taking its complex nature seriously. Rather than putting out yet more critical analyses on the negative aspects of spectacle or develop yet more strategies that destabilize our image culture by taking refuge in the sensual, for instance, Paul Toornend and Jelle Post of Untitled_Space and I – at the invitation of Jeroen Boomgaard and Henk de Vroom of the Art and Public Space lectureship – looked into what realities might be revealed when you look through the space. This premise was not so much predicated on a position of ‘if you can’t beat ’em, join ’em’ as on the conviction that spectacle, and with it the image, can also generate other kinds of experiences. Or to put it another way, the essentially pornographic dimension of the visual,3 the mindless appeal of the image, which seduces us into staring at the world as if it were a nude body, can also be used to see things differently. We do not want to disqualify the virtual reality that has become so important, we want to embrace it – because its ambivalent ambiguity, its appeal, and yes, even its false and dirty beauty can take the audience on a journey along alternative paths.

The consequences of such a perspective are nothing to sneeze at. The designed object, in this case, can no longer be seen as a self-asserting, autonomous and formal structure, separate from a specific time and place. It is not about the object but about the connections that the object makes with a given everyday context and about its relationship with the spectator. The moment you look through the space, the object can no longer appear autonomously through the many reflections operating in the confines of the Untitled_Space. Thinking in ready-made dialectic oppositions, representation versus tactility, technique versus content, and for instance good versus evil, can be discarded, as well as design methods that declare the outcome of a specific process sacred according to a tried method of expertise. Nothing is certain, and that’s the whole point. What considerations, attitudes toward the profession, possibilities and limits can our virtual intervention at the Zuidas lead to – those are the questions I want to address in the following text. [More ... see PDF]

Looking Through Space
The Politics of Appearance. Reviewing the Untitled_Space of Paul Toornend & Jelle Post 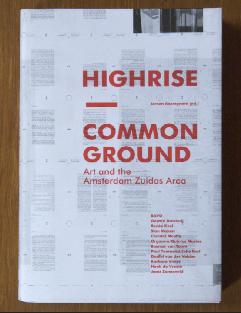 Text by Jeroen Boomgaard, BAVO, Chantal Mouffe, Roemer van Toorn, Gerard Drosterij, Stan Majoor, Marina de Vries, Henk de Vroom, Joost Zonneveld.  The Zuidas area of Amsterdam is currently being developed as a vibrant new urban center, which will house office space, residential properties, restaurants and shops, among other facilities. The development has lofty ambitions, in which public artworks play a prominent role. A Zuidas Virtual Museum has thus been established in order to allow for "co-construction" of public artworks within the development, so that they will feel integrated and provocative when all is done, instead tacked-on or isolated. High-Rise and Common Ground reflects critically on the Zuidas proposals. How do the ambitions of the urban planners develop in conjunction with the artistic approach? How do the art projects influence the experience and use of the public space? The book also features various practical and theoretical contributions from artists including Orgacom, Barbara Visser, Renée Kool, Paul Toornend and Daniël van der Velden/Logo Parc.