“Let’s have a Cosmopolitan!” The campaign image of a martini glass filled with flavored vodka, a drop of Roses lime, and just enough cranberry to make it oh so pretty in pink, promotes Linz as European Capital of Culture 2009. The number nine of the Linz campaign logo – perhaps also to be read as a comma – chooses to sit very close to the cocktail cherry. If the pin-up cherry stands for a zero or a point referring to a much needed standpoint for Linz as cultural capital, it is a tempting enigma. One thing is for sure: Cosmopolitans where the favorite cocktails of the New York City girls of the TV show Sex and the City, but why the city marketeers of Linz want to bring out a toast with a Cosmopolitan, or promote a belly button in combination with the number nine, escapes me. While their naïve typographical brandscapes avoid traveling further than a subversive cliché, I want to dig deeper. Shouldn’t we start rethinking the city spectacle, now that cities have become places of “spectacleization”, increasingly made dependent on what city marketeers make of our imaginations? Instead of disqualifying the spectacle all together – as the classical left used to practice in the safe haven of academia – we should investigate how ethical spectacles could be created that surpass the traveling circus of “cultural capitals” full of cultural and historical theme parks. To do so is not simple. Spectacular culture is most often designed to manipulate people and take their money, not to set the stage for democracy. But at the same time, we have to recognize that consumer culture – its crafted fantasies and stimulated desires – speaks to something deep and real within us. The challenge is – now that the people of Linz have filled their stomachs, live in a prosperous, green and healthy climate after an era of industrial hardship – what kind of spectacles could make them dance? This urgent question is by no means an easy one, but without a framework of understanding and alternative theory, any means of instrumentality will be futile. [More... see PDF] & [www.architecturaltheory.eu] Linz 2009 cultural capital of Austria – a city in a state of emergency strives to make a new mark.Richly varied photo series on over more than 20 international cities.

2009 is Linz’s year as European Capital of Culture. This calls for the creation of a new profile for the Upper Austrian provincial capital, which has shown a remarkable talent for reinventing itself in the recent past. Whose example can Linz learn from, and what lessons learnt can it pass on to others? What does Linz have in common with Madrid, Wolfsburg or Seattle? Which of its attributes are shared by Moscow, Manchester or Davos? An urban road movie sets out to find the answers. In a visual dialogue with other cities, LINZ TEXAS develops a both atmospheric and challenging reading of a medium-sized city which ventures far beyond the familiar methods of urban representation. 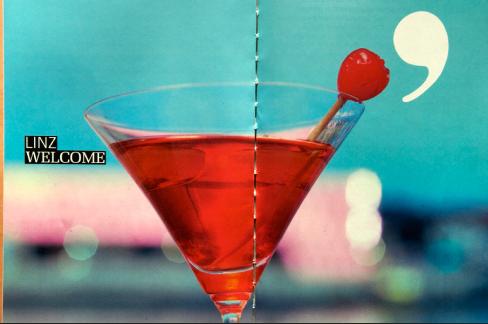 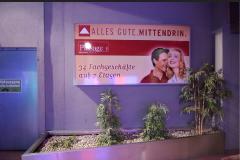 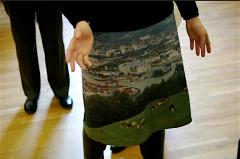