Beyond Mapping
Today many intelligent exhibitions map the city with the help of advanced mapping techniques mediating all kinds of surprizing and problematic facts. The problem with many of these exhibitions on the city is that they celebrate nothing but the collection; the archive of fascinating urban data. They bring complex heterogeneous elements together in a collection, whereby all the parts exist next to each other without any ideological or hierarchical distinction. Those collections are an attempt at charting the details of our collective world and its history without judgement. The Venice Architecture Biennale “Cities. Architecture and Society” (2006) curated by Richard Burdett, mapping and showing the city1, is such a recent example. The equality of all the parts - universal statements, economic facts, demographic data, photographs, advertising, film, architecture, journalism, interviews, etc. testifies to such a permissive heterogeneity. The new global order of late-capitalism was left unquestioned, as an almost divine institution whose authority derived from the mere fact of its existence. This and other kinds of collections are not capable of inciting a debate that unlocks a secret, neither do they offer resistance. Nor does it deal critically with the chance that new relations arise between the different parts. No position is assumed – the political correct questions at the end of the Venice exhibition on the City proof this – the arrangement of the material is not based on a particular thought or way of political acting. There is no direction conducted from a chosen point of view, nothing could be more boring, further from our human condition than an exhibition which represents just results, trying to describe what a city is with generic questions in green at the end of the exhibition. The problem with the passion for the real in many exhibitions and research is not that it takes the extremes of our reality as a topic of research, but that it is a fake passion whose ruthless pursuit for the real behind appearances is the ultimate datascape to avoid confronting the real. Instead of repeating the present infinitely, or as postmodernist used to say: “the present plus more options”, we need to develop new agenda’s in the face of the urgencies the city has to confront. The mass produced individual took precedence over any idea of community in our market driven society. The power of the market led inexorably towards a passive and atomised society where the citoyen turned over into a client. [More ... see PDF's]

The third edition of the International Architecture Biennale Rotterdam, POWER – Producing the Contemporary City, is curated by the Berlage Institute and opens in Rotterdam on 24 May 2007. With the theme of POWER, the IABR investigates the forces that ‘produce’ the 21st-century city and the role that architects and urban planners might play in this crucible of forces. Never before have so many people lived in an urban environment: more than half the world’s current population, and expected to rise to two thirds in 2050. The contemporary city is at the same time the arena where diverse forms of power and the far-reaching impact of globalization interact. This confronts us with issues that are more urgent than ever before: What is the city? Who and what ‘produces’ it? Which forces steer its development? What is the potential role of the architect?  The publication POWER. Producing the Contemporary City serves as a catalogue for the IABR’s main exhibition, ‘Visionary Power’, but also stands in its own right as a source of new expertise on the development of the city in the 21st century. The book draws together research about the foundations of the contemporary city, discusses forces that have a bearing on its development, formulates the task for architects and urban planners, and presents strategies with which they can operate in the midst of this interplay of forces, on the basis of topical, coherent visions for the 21st-century city. More than ever, the city represents a challenge for critical reflection and action. The clear-cut standpoints of internationally respected researchers, the clearly formulated textual contributions and the engaging visual material means that this publication will appeal to both a broad public and those with a professional interest, confronting them with the urgency for probing reflection on the city of the 21st century.

The 3rd International Architecture Biennale Rotterdam took place from 24 May to 2 September 2007 at the Kunsthal, Rotterdam. 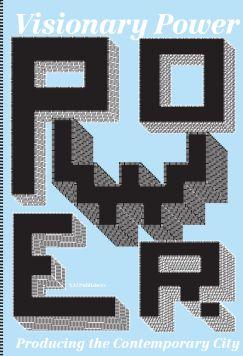 Contesting Neoliberal Urbanism
The Return of Politics in Architecture